How State of Mind Affects Your Work

It is certainly true that being unhappy can have a severely detrimental effect upon both your motivation to attend and your performance at work. Apart from maybe professional sportspeople or quality control tasters in a chocolate factory, very few people actually enjoy their work so much that they would give their time up and do it as a hobby without being paid. So there is always an element of unhappiness and melancholy when the first shift of the week comes around, but there still needs to be some element of enjoyment in order to both a) come to work in the first place, and b) perform to the required standard when there. Without this, serious problems can arise.

I know this first hand as certain issues at work were severely denting my motivation and inevitably began affecting my attendance and the quality of my work when I was there. Motivation was so bad that I began calling in sick whenever I had a slight sniffle (and sometimes not even that), or using any excuse I could think of. I was careful to ensure that I still attended work enough not to risk losing be job, but I'm sure that I must have come pretty darn close. 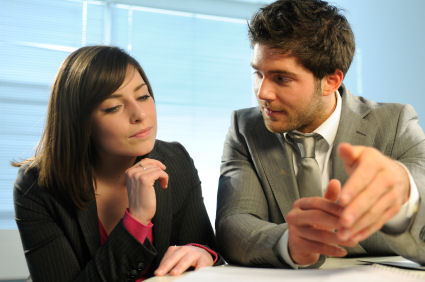 A Spiral of Negativity and Lack of Motivation

My two major concerns were the repetitive nature of the job I was doing, coupled with not having a great relationship with my line manager. Whether this came about through arguments over my attitude and motivation I can't quite remember, but it is more than likely that a negative spiral was entered into. Having to go into work on a Monday morning after enjoying such a care-free weekend became almost unbearable; the thought of doing that same job and getting hassle off my manager who seemed to become understandably more and more frustrated and be increasingly curt with his questions and observations. I did think about quitting and finding another job which I enjoyed but what with rent payments, car expenditure etc I simply could not afford to risk losing my stream of income whilst I searched for another job which may take me a long time to get.

Looking back now I am surprised and extremely relived that my manager did not fire me, but instead decided to invest in business coaching for me. I must admit that I was sceptical at first and rather unsure what was going to happen (initially I thought it was the start of a formal disciplinary procedure!), but after a few minutes of the first session I began to realise that not only was it intended to help me become a better worker, but that it was actually going to deal with the issues which I wanted to talk about and which were affecting me. I know that my manager had a certain amount of input insofar as telling the coach what their concerns were and the areas in which they felt I could improve, but even so the sessions very much centred upon my needs and what I was struggling with.

My business coach first set about discussing with me how I felt and what was preventing me working to my full potential. I told him how hard I was finding having to do the same task for virtually the whole day, and how my relationship with my line manager had become more and more strained over time. We discussed my attendance record, and how badly I was struggling to find the motivation to come to work at the start of each week and face the same thing all over again. We even talked about issues which I had never really even considered very much but were probably having a negative effect on me such as the fact I had been with the company for over five years without ever really being given the opportunity to make use of my other skills on other tasks, or perhaps even to acquire additional responsibilities.

An Action Plan is Vital for Success

After this we set about creating an action plan which I could follow to help me overcome the various issues which were causing such problems for me, my manager and the company in general. My coach made sure that I was fully involved in this process rather than simply dictating to me what I should or should not be doing so that I would take responsibility for the plan's success and be far more motivated to achieve it. Whilst I don't want to go into too much detail about my personal plan, it contained ideas, targets, objectives etc for dealing with those issues which were affecting me.

Of course, such major changes require time to implement successfully. For most people, myself included, they will often require significant upheaval which can cause a lot of stress, at least initially. Fortunately because the business coaching sessions are spread out over time rather than a single one-off meeting, there was on-going support from my coach. We talked through how much success I was having in making the transitions and amendments, and there was at least one occasion when we had to slightly alter one or two of the minor points due to changing circumstances within the business.

It took a lot of hard work, and it was definitely not all plain sailing by any means, but I am now happy to report that things are a million times better than they were before. Relations between my manager and myself significantly improved, and I was able to convey with confidence how I was struggling to undertake these repetitive tasks all day every day. Now that a useful dialogue had been established, we were able to see each other's point of view, with the end result that I was provided with more job rotation to alleviate the repetitiveness of the days. I am also working towards gaining an accredited management qualification with the intention that after completion I will take on additional responsibility in a supervisory role.

Thanks to My Business Coach and My Manager

None of this would have been possible without business coaching, and the skill of my coach in particular. Without his guidance, support and encouragement I would never have been able to achieve this level. Special thanks also goes to my manager for not giving up on me and actually investing in business coaching to improve my performance. Now that I am highly motivated, I am determined to repay his faith in me.